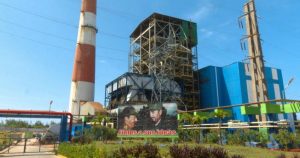 Cuba without Energy: The Crisis Is Coming

HAVANA, Cuba. – It’s the latest from the Cuban communist regime. Apparently, authorities are attributing the recent problem with fuel distribution to gas stations in the country to “an increase in demand” and a greater supplying of fuel to power-generating equipment. The information comes from Granma and it is, once again, an insult to Cubans and the most evident example of the profound disdain that communist rulers feel toward the Cuban people.
What “increase in demand” are the communists talking about? A country immersed in a serious economic crisis, with one of the lowest rates of motorization in the world –no data is available on cars per capita- and which offers the population very inadequate public transportation services, cannot claim a high fuel usage because all credibility is lost.
The problem of energy and fuel in Cuba is one of supply, not of demand. In reality, increase in oil prices in the world are beginning to create havoc in an economy that lacks financing with which to access world markets and that depends 100% on Venezuela’s donations.
However, this dependency can change at any moment, especially if prices keep going up and Venezuela normalizes its crude oil production, something that would translate into significant income with which to spark its own economy. Under those conditions, their concern for Cuba could become a lower priority.
We saw this already in 2019, when due to its own internal problems, Venezuela had to interrupt the delivery of oil, and in Havana they had to bring production to a halt in order to avert blackouts. At the time, Cuba’s leaders blamed the U.S. for blocking Venezuelan oil tankers, but none of that was true. [Vice President of Cuba’s Council of Ministers] Ramiro Valdés himself had to travel to Caracas to advocate for Venezuela’s oil commitments with Cuba, but nothing was the same afterward.
Cubans are used to distressing hardships imposed by a regime that constantly rations the supply of goods and services, but this time the regime has hit a brick wall. The long lines of cars and trucks in Havana and other cities across the country that foreign tourists are able to see from their own countries –tourists who might be thinking of traveling in the summer to the island- can be reason enough for a change of destination plans. Those waiting lines have revealed the serious economic situation in the island, the present one and the one that’s coming, as well as its permanent structural crisis and the lack of government incentive to support growth.
Cuba-Petroleum Union (Unión Cuba-Petróleo, Cupet, by its Spanish acronym), the entrepreneurial monopoly that markets fuel – which is part of the Ministry of Energy and Mines- only said that “the distribution of diesel and gasoline to gas stations in the country has been affected in recent days due, in part, to an increase in demand.” And that was that.
The Cuban regime always places blame on others. If the economy is faltering, blame the U.S. embargo (or the blockade). If tourists don’t come to Cuba, blame it on COVID-19, and so on and so forth. No one in the communist leadership is able to articulate a mea culpa, even when it’s evident that if there isn’t enough fuel it’s because there is a shortage of crude oil due to Cuba having no money to purchase it.
It’s useless for Cupet to state that it will undertake “huge efforts” to guarantee the habitual supply of fuel, or that it blames the U.S. embargo for the gasoline and diesel shortages at the gas pumps. This situation could have worsened due to the world economic crisis and the rise of oil prices, but if that is the case, the best thing they can do is to get ready, because this is just getting started.
For now, the state news media explains the present shortage by saying that Cupet has lacked in distribution reflexes to deliver more than the usual quantities to the gas stations. By contrast, there has been an increase in supplying energy generators to reduce shortages to an important thermoelectric pant in the country. In other words: the same old problems that are never solved because they are within the scope of the State. Damages to Cuba’s power plants require an increase in the use of generators, which use up large amounts of diesel, and are environmental contaminants. It’s the vicious circle of the Cuban economy, one again.
What comes next? Cubans know. They are at the brink of fuel rationing, which will start as a temporary measure, but will extend in time as impact of the world crisis increases, a crisis that results from the aggression of one of Cuba’s friends – Russia- against Ukraine, which has altered the world’s geopolitics.
Venezuela, Cuba’s energy provider, can change course, and payment for doctors, trainers, military personnel or security agents can become a thing of the past as the country increases its income from its immense supply of oil by selling it at higher prices. If that model comes to an end, the Cuban regime could see the disappearance of its “sale of professionals” business, or cease to be Venezuela’s oil maquila in the Caribbean.
To the extent that Venezuela stops reducing its production of oil (20% since 2010), and instead increases supply, its interest in selling all its oil in the world markets could lead to its neglect of Cuba, and even force Cuba to pay market prices. This could be the end of one of the few businesses invented by the regime since Fidel Castro’s time. If that were to happen, the structural weakness of the economy would worsen.
ARTÍCULO DE OPINIÓNLas opiniones expresadas en este artículo son de exclusiva responsabilidad de quien las emite y no necesariamente representan la opinión de CubaNet.
Recibe la información de CubaNet en tu celular a través de WhatsApp. Envíanos un mensaje con la palabra “CUBA” al teléfono +1 (786) 316-2072, también puedes suscribirte a nuestro boletín electrónico dando click aquí.