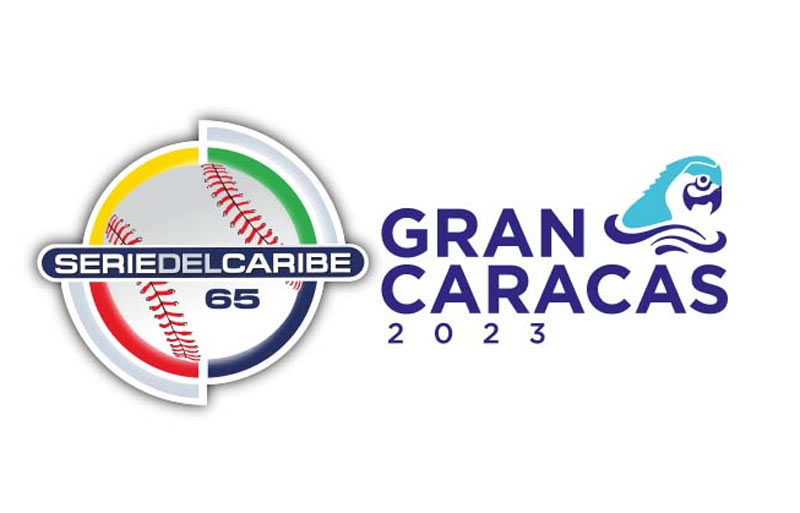 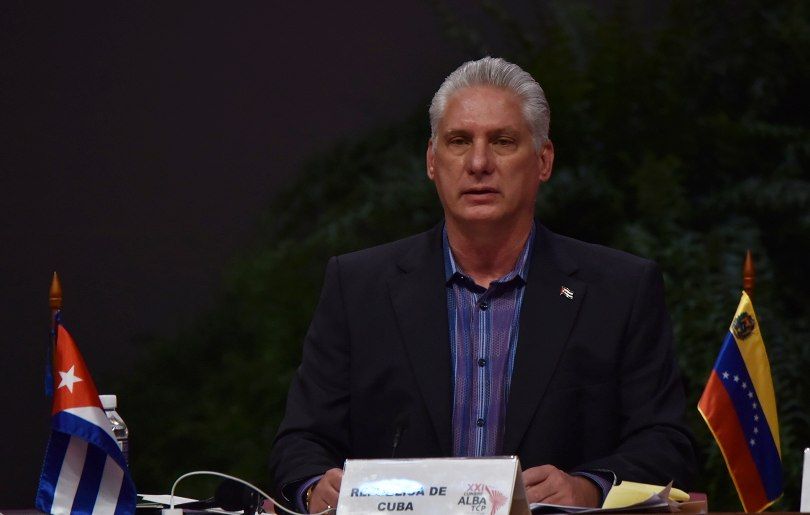 HAVANA, Cuba, May 27 (ACN) Message from Miguel Mario Diaz-Canel Bermudez, first secretary of the Central Committee of the Cuban communist party and president of the country, to the Eurasian Supreme Economic Council, from the Palace of the Revolution, on May 27, 2022, “64th Year of the Revolution”.His Excellency Mr. Sadyr Zhaparov, President of the Kyrgyz Republic:Your Excellencies, Heads of delegations of the member states of the Supreme Eurasian Economic Council:I am grateful for the invitation of the Kyrgyz Republic to participate in this important event, which takes place in a context of international economic crisis, aggravated by the effects of the COVID-19 pandemic and the military conflict in Europe, which generate a regional and global scenario more complex than that of last year.I join in the appreciation expressed by my colleagues of the Eurasian Economic Union to the Organizing Committee of the Kyrgyz Republic, to the Eurasian Economic Commission and to the President of its College, Mikhail Miasnikovich, for the organizational work accomplished for the realization of this Council.Allow me to thank you, on behalf of the Cuban people and Government, for the support and solidarity provided on the occasion of the recent accident that took place at the Saratoga Hotel in Havana, which caused 46 fatalities, 99 injured persons and considerable material damage. As I recently expressed in our Parliament, “In the midst of pain, solidarity relieves!”I take this opportunity to recognize the contribution of the Member States with the tasks of the Joint Plan of Collaboration for the 2021-2025 period, elaborated on the basis of the existing potentialities in the member countries of the Eurasian Economic Union and Cuba. We recognize the progress achieved in the execution of ten actions planned for this year, out of the 34 expected to be executed until 2025.We reiterate our willingness to maintain our active participation as an Observer State of the Eurasian Economic Union.Excellencies:For decades there has been a consistent effort by the United States to expand its military and hegemonic dominance, through the continued expansion of NATO, into the countries of Eastern Europe.The United States and NATO are directly responsible for the outcome of today’s events in Europe. The military conflict could have been avoided if Russia’s well-founded demands for security guarantees had been taken seriously and respectfully into account.Cuba will continue defending peace in all circumstances, committed to international law and the Charter of the United Nations, advocating a lasting solution to the conflict through serious dialogue between the parties, offering guarantees of security and sovereignty for all.Cuba opposes unilateral coercive measures against Russia and Belarus, which aggravate the regional and international economic situation and hinder the possibilities of development for our nations. Cuba opportunely condemned and rejects the acts of violence that occurred earlier this year in the Republic of Kazakhstan, instigated from abroad, to subvert its internal order and destabilize the constitutional government of that country.Excellencies, friends:In this context of crisis, access to expensive food and fuel imports has an impact on Cuba’s situation, aggravated by the maintenance of an intensified economic, commercial and financial blockade by the United States of America, which imposes great challenges for governmental management and the development of our economic and social model. On behalf of the Cuban people, I am grateful for the support of the member countries of the Union to our demand for the end of the blockade.It is gratifying to confirm that the pandemic in Cuba continues being successfully controlled as a result of the advances in immunization and prevention work.One of the scientific research centers, author of two of the Cuban immunizers against COVID-19, is now promoting two studies with the aim of protecting infants against this pandemic. This is an example of recent studies and results that we are willing to share with the countries of the Union.We are grateful for the inclusion of Cuba as Observer to the Pharmacopoeia Committee of the Eurasian Economic Commission, which will constitute a favorable space to expand exchanges on health issues and technical regulations.We appreciate the steps taken for the establishment of a systematic exchange between the Eurasian Economic Commission and the Mariel Special Development Zone, as well as the participation of the Research Institute of Management Problems of the Russian Federation, for the creation of an industrial park of the Eurasian Economic Union in the aforementioned Zone.The Cuban Chamber of Commerce is expanding exchanges on business opportunities with the member countries of the Eurasian Economic Union in sectors such as Information Technology and Communications, Medical Services, Food Industry, Applied Sciences and Education.Two projects will soon be submitted to the Commission: one for the production and commercialization of bovine milk and its derivatives, and another on the production and commercialization of fattening chicken meat in carcasses, in the provinces of Sancti Spiritus and Pinar del Rio, respectively.Since the holding of the 2nd Joint Session, multiple actions oriented to the activity of technical regulations have been developed. Today, we can confirm the identification of 11 types of Cuban medicines registered in three of the member countries, which may migrate to the single registry of the Eurasian Economic Union.In the banking sector, the progress achieved is still discreet. The work being carried out with the Russian Federation for the implementation of the use of MIR Cards stands out, an aspect that could favor the collaboration between the Union and the Financial Banking System, with a direct impact on the Tourism sector.Excellencies, dear friends:In the context of the current international situation, it is urgent to move towards a comprehensive recovery that strengthens the Union and contributes to the well-being of our people.Cuba is committed to cooperation, solidarity and integration and is firmly committed to finding viable solutions to the serious problems facing the world.Thank you very much. 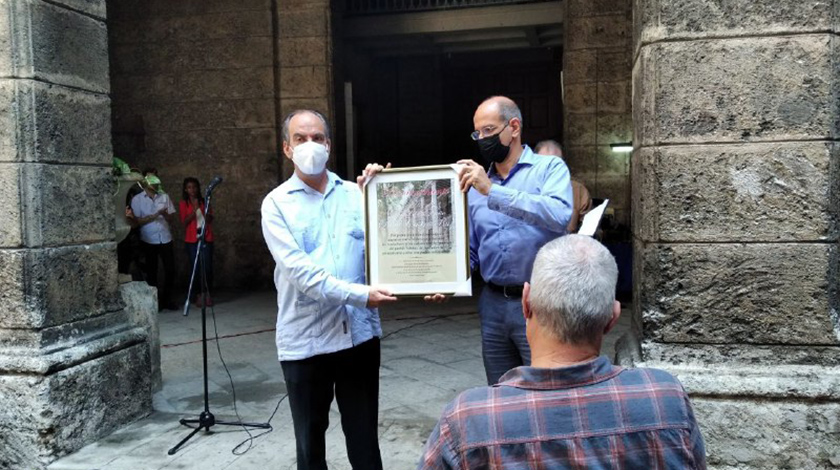 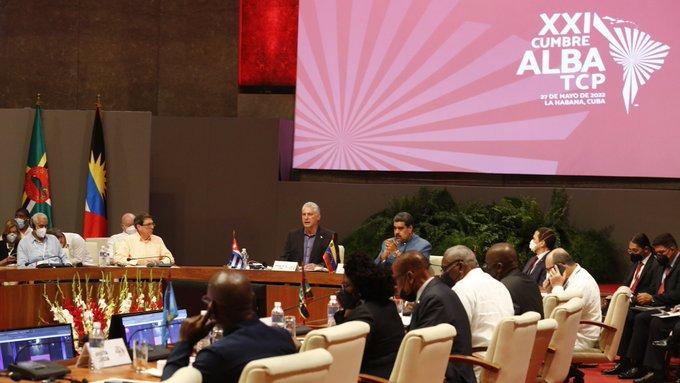 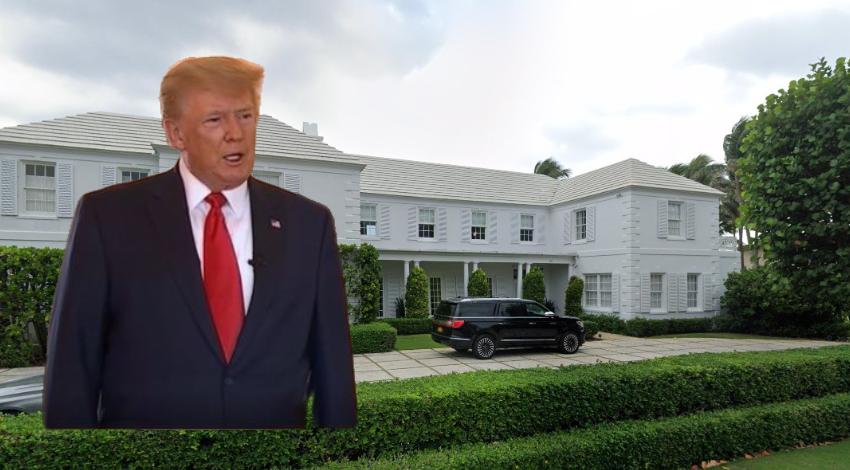 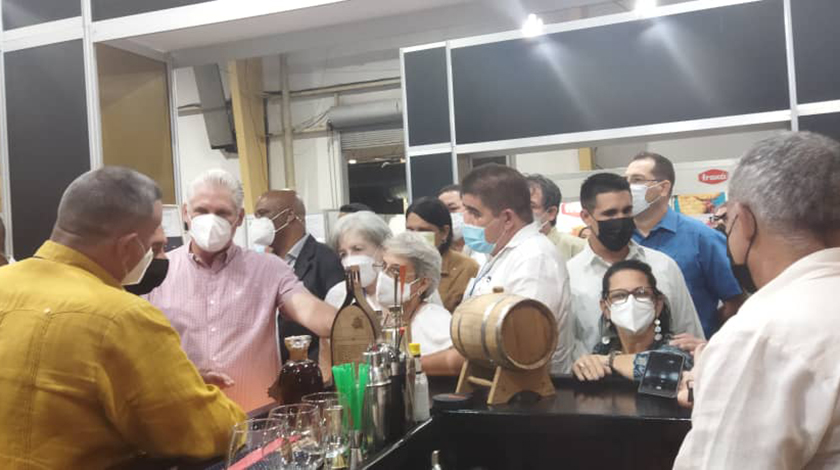 HAVANA, Cuba, May 27 (ACN) With the presence of Miguel Diaz-Canel Bermudez, first secretary of the Central Committee of the Cuban communist party and president of the country, the 3rd edition of the Cuba Alimentos 2.0 (“Cuba 2.0 Food Fair”) concluded in Pabexpo, in Havana.The Cuban president toured several stands belonging to domestic and foreign companies, where he talked with managers and workers, noticed innovations and inventions and was interested in the progress of new models of economic management in the country.Also on this last day, Manuel Marrero Cruz, member of the Political Bureau and Cuban PM, exchanged with representatives of several projects dedicated to food production. The meeting was a favorable scenario to establish strategic agreements in the development and production of the food industry, to promote exports and import substitution with the participation of the new actors present in the management model of the Cuban economy.Hosted by the Cuban ministry of food industry and organized by Fira de Barcelona, the space allowed the exchange of more than a hundred domestic and foreign companies, with the participation of 15 countries, such as Spain, Mexico, Italy, Chile, Venezuela and Brazil.Alimentos Cuba 2.0 had three days of activities that included the launching of new products, a round of negotiations by the Cuban Chamber of Commerce, and presentations of equipment and Cuban entities to promote their services.