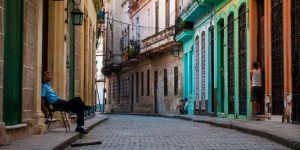 MONTANA, United States. — You may think this is the year 2022. However, according to the Phantom Time hypothesis we are presently living in the year 1724. The Phantom Time hypothesis advanced by German historian Heribert Illig in 1991 argues that Pope Sylvester II, Holy Roman Emperor Otto III, and Byzantine Emperor Constantine VII all got together and changed the calendar by altering existing documents and creating fraudulent historical events. The theory claims that the 297 years between 614 and 911 did not actually happen. They were made up; therefore, we are currently living in the year 1724.
Illig developed his theory after reviewing the numerous documents from the Middle Ages with forged dates, forged people and the like. These documents were forged by the Church, and Illig wondered why the Church would go to all this forging trouble. Modern scholars have confirmed the massive forgery of texts during the Middle Ages by leading Church figures. It is not known why this was an age of massive falsification by Church notables.
The Phantom Time hypothesis appears far-fetched, but it has gathered supporters such as Dr. Hans-Ulrich Niemitz whose 1995 paper “Did the Early Middle Ages Really Exist?” concludes that they did not, and that the historical chronology accounts for approximately 300 years too many.
Perhaps some of us would like to erase selected years from our personal history but,
for me, the creation of fraudulent historical events, and the loss of time of the Phantom Time hypothesis brings to mind the socioeconomic myths surrounding pre-Castro Cuba.
It is a persistent untruth that Cuba in the 1950s was a socially and economically backwards country. The data show that, in 1958, Cuba was a relatively advanced country by Latin American standards and in some parameters by world standards. Today, Cuba’s relative socioeconomic position among Latin American countries is far lower than it was in 1958. A few examples to substantiate the point:
According to United Nations data, Cuba’s infant mortality rate of 32 per 1,000 live births in 1957 was the lowest in Latin America and the 13th lowest in the world. In this critical socioeconomic measure Cuba ranked ahead of France, West Germany, Israel, Japan, Austria, Italy, Spain, and Portugal. Currently all these nations rank well ahead of Cuba.
In 1957, Cuba had 128 physicians and dentists per 100,000 people which placed the country ahead of the United Kingdom. In this indicator Cuba ranked third in Latin America behind only Uruguay and Argentina. Cuba also had one of the most literate population in Latin America with a literacy rank of fourth in the region.
In pre-Castro Cuba, food supplies were abundant, and Cubans were among the best fed people in the hemisphere. The United Nations ranks pre-revolutionary Cuba third out of 11 Latin American countries studied for per capita daily caloric consumption. Looking at the same countries today, Cuba ranks last in per capita daily caloric consumption. Here it is necessary to point out that this situation is not a result of U.S. economic sanctions. Cuba’s food shortages are the result of its unproductive, state-controlled economic system.
Regarding automobiles, Cuba, in 1958, ranked second in Latin America with 24 cars per 1,000 inhabitants. Today Cuba’s automobile index has barely increased to 42 while the rest of the world has increased measurably. The United States reports 842 cars per 1,000 inhabitants, and Argentina reports 316.
In the 1950s, with 45 television sets per 1,000 inhabitants Cuba was among world leaders. This measure ranked Cuba fifth in the world behind only Monaco, the United States, Canada, and the United Kingdom. In Latin America, Cuba was far ahead of second place Venezuela which had only 16 television sets per 1,000 inhabitants.  Today Cuba ranks behind Uruguay who, in 1957, had less than one television sets per 1,000 inhabitants. These patterns hold true for practically any socioeconomic measure and illustrate Cuba’s lost years of development.
Like the Church leaders in the Middle Ages, the Castro regime has falsified Cuba’s economic history and the country has lost over 60 years of socioeconomic development. This is Cuba’s phantom time.
Dr. Azel‘s latest book is “Liberty for Beginners.”
ARTÍCULO DE OPINIÓNLas opiniones expresadas en este artículo son de exclusiva responsabilidad de quien las emite y no necesariamente representan la opinión de CubaNet.
Recibe la información de CubaNet en tu celular a través de WhatsApp. Envíanos un mensaje con la palabra “CUBA” al teléfono +1 (786) 316-2072, también puedes suscribirte a nuestro boletín electrónico dando click aquí.