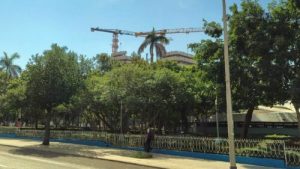 The López-Calleja Tower: At First There Was One, Now There Are Two