Havana Is a Dead End

HAVANA, Cuba. – The splendor of Havana is a thing of the past. I suspect that hypocrisy and manipulation more than blindness and chauvinism are behind the “enthusiastic” narratives -as divorced from the harsh reality of living and surviving in this city as they are- with which they try to put one over us.

In order to love a city or the place where we grew up and live, where we were born and which we may leave and still, at times or always, carrying it in our memory, it is not necessary to lie, or fool ourselves ascribing to it a charm that it no longer possesses, trying to convert poverty into the attributes that are no longer. Not when the truth is gloomier than mere ugliness and neglect.

Today, our city is not just a neglected and ugly place like hundreds of cities that can be found around the world: it is, perhaps, the paradigm of the uninhabitable. To prove it, let’s ask those who have travelled that long path of neglect, of ideological “priorities”, of segregations and forced displacements that have been going on for 60 years.

Behind every building in ruins, behind each razed space, even where today a great hotel may stand or the project of a future one, a past tragedy can hide or is waiting to happen, a place of indolence and ill wills, of loses and mourning, and those very things take away all the beauty of any urban space, even though the powers that be want us to see it as show windows of a society and a “political will” whose shady backdrop we have slowly discovered.

How can we admire a place where dying suddenly, smashed under a building that has collapsed and overwhelmed with anguish and shortages, is a daily occurrence more than a probability, a mere fatality, or plain chance? How can we – hostages of a political failure, of an economic debacle- continue to say that we love that lethal object from which we need to flee and distance ourselves to survive? Could it be that such a “love” is only nostalgia for what is gone, for what we let die because of our own indifference, because of the temporality of a city, a country that only serves as a bridge to a definite location, that location which is always on the other side of the sea. Never here, never now.

A city that makes you fall in love with it, alive and interesting, will never be just the inventory of a few edifications and enabled streets, like props on a set, for the exclusive enjoyment of tourists, while the people who inhabit it on a daily basis, like second-class citizens who are relegated by the foreign visitor, lives in a perpetual war of fears, unsanitary conditions, prohibitions, discriminations, mistreatments, contempt and rudeness.

Who can be spared from so much misery? Who is immune to it? Regardless of how much we try to be spared, be it from the economic “prosperity” of a private business or from remittances, or from political compliance and corruption, this indigent city, while still pretending to be “fascinating” in this wretched country, will clock us in spite of “cast privileges” and will soon make us all miserable.

Havana has become a city that stinks all the time and everywhere, a city that stinks of dried urine, of sewers, of garbage dumps, of furniture and old mattresses, of humid walls and ceilings, of rotten water and dirty clothes, of the sweat of hungry multitudes under the sun who are waiting for a miracle, an escape, or death. Some time ago, a certain Spanish 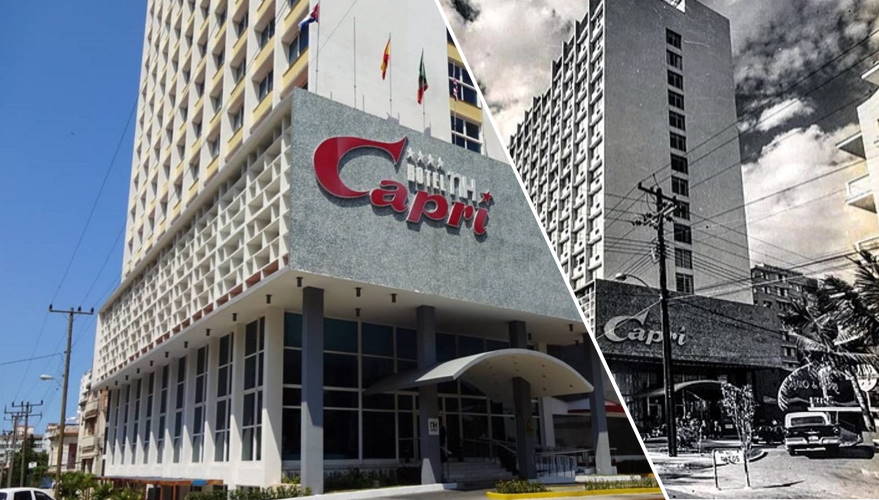 The Capri Hotel, the first hotel-and-casino built by mobsters in Havana

MIAMI, United States. – Havana’s Capri Hotel was inaugurated on November 27th, 1957. It is one of the most representative 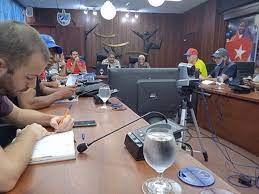 Cuba already has its best athletes for 2022

Derry, Ireland by Night – Photo of the Day