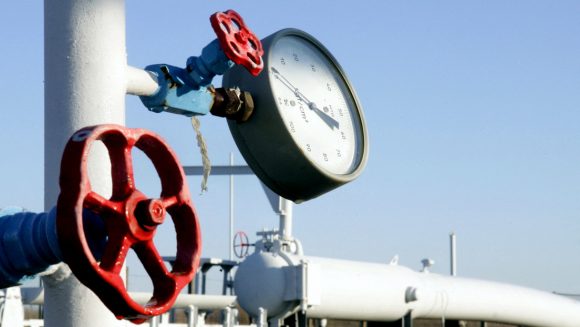 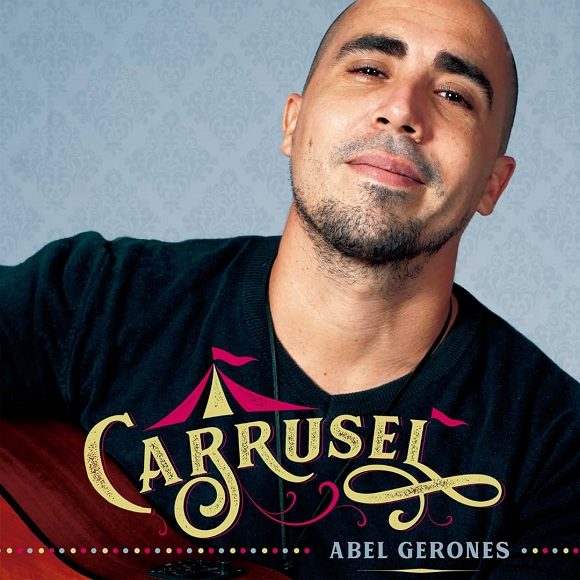 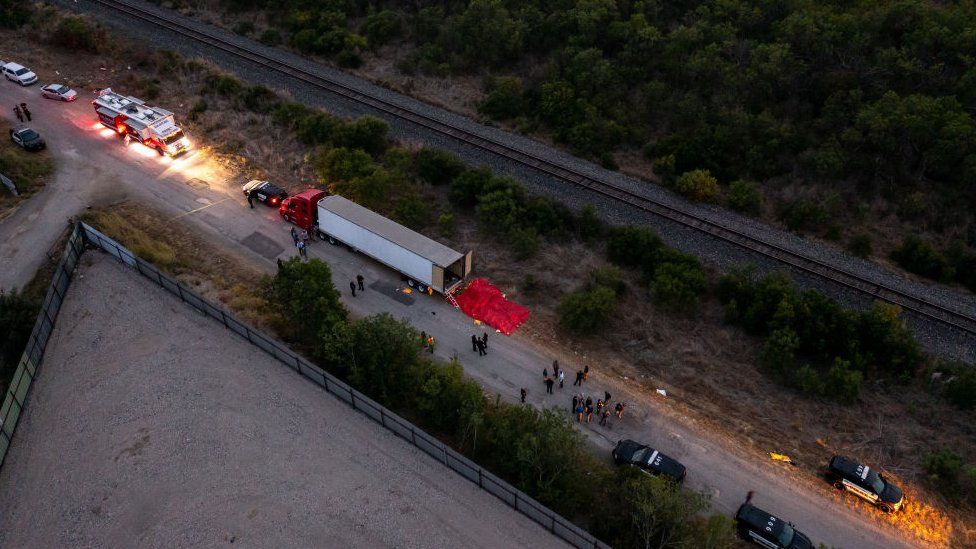 Migrants die daily in lorries hot as 'gates of hell'

Published1 hour agoSharecloseShare pageCopy linkAbout sharingImage source, Getty Images Bodies packed like sardines, airless boots or lorry cargo-holds and risk of bones crushed by the weight of others being snuck in by smugglers are suffered daily by migrants attempting to cross the US-Mexico border, according to those familiar with the journey.After two failed attempts, Gabriela was finally crossing the border into the US – hidden under dozens of corn stalks in the sweltering boot of a smuggler’s car, gasping for breath.A native of Bolivia, Gabriela, now 40, was somewhere in Southern California, on the tail end of a 4,800-mile (7,724km) trip planned by a well-organised network of smugglers for the princely sum of over $10,000 (£8,202).Her previous attempts had ended in failure. The last time, she recalls, ended with her looking into the “big, blue eyes” of a Border Patrol officer when the boot popped open.Now, she was just days away from being reunited with her family already in the US. Trapped in the unventilated boot of the car, however, her thoughts were only on surviving the crossing.”It was so hot in the car,” remembers Gabriela, who still lives in the US as an undocumented cleaner. “But the bigger problem that it felt like there was no air and I couldn’t breathe. It was suffocating”.Despite her fears, Gabriela’s crossing was successful – and years later, she remains in the US. Not all are so fortunate.Mexico blames border crisis for Texas migrant deathsThe dangers of crossing the US-Mexico border have again been starkly highlighted by the discovery of a lorry near San Antonio, Texas, containing the bodies of at least 50 migrants. Authorities believe they likely died from heat exhaustion and dehydration, with temperatures rising to a blistering 39.4C (103F) on Monday. This video can not be playedTo play this video you need to enable JavaScript in your browser.”I can imagine what it must have been like, being in a trailer with so many people,” Gabriela told the BBC. “It must have been so hot. It must have been like being in an oven, or in the gates of hell”.The discovery is the deadliest such incident in recent memory. The toll includes nearly two dozen Mexicans, the authorities there have said, as well as seven Guatemalans and two Hondurans. Authorities are working to confirm the nationalities of the remaining victims.Three people have been arrested in connection to the smuggling operation, US authorities said.Survivors – suffering from heat stroke and heat exhaustion – are being treated in local hospitals.Immigrant rights activist Jenn Budd, a former senior Border Patrol officer, told the BBC that attempts to smuggle migrants in vehicles are everyday – and often deadly – occurrences at the Mexican border. Smugglers, mindful of their profits, often pack as many migrants as possible into the vehicles despite the dangers.In one memorable incident, Ms Budd recalls, she intercepted an old Ford pick-up truck driving on a mountainous road near the border. Laying in the bed of the truck were about 30 people, laying flat and stacked atop each other.”They were laying there like sardines,” she said. “It’s dangerous. Those pick-ups trucks flip. People on the bottom often suffocate. It’s very common”.In many cases, she added, migrants being transported by vehicle are already weakened after crossing the border on foot over rough terrain.”Smugglers will tell them it’s a 15- or 30-minute walk. But the reality is that it could be days,” she added. “[When they arrive] they’re already dehydrated.”Who is to blame?Despite the dangers, the number of migrants arriving at the US-Mexico border is at an all-time high. In May, 239,416 migrant detentions were recorded, up two percent from April. In his regular briefing for reporters in Mexico City, Mexican President Andres Manuel Lopez Obrador said that the “poverty and desperation of our Central American brothers, and of Mexicans,” causes the death of migrants.”It happens because there is trafficking of people and a lack of control, in this case at the Mexican-US border, but also in the US interior,” he said.Guatemalan President Alejandro Giammattei – who was in Washington DC when news of the incident broke – blamed poverty, climate change and insecurity as primary drivers of migrants to the US.Stopping the flow of people, he said, will require building “walls of prosperity”.”[We need] safe, orderly, regularised migration,” he said.Image source, Getty ImagesEarlier in June, Mr Giammattei told Fox News that a “lukewarm” message from the Biden administration on immigration “creates the opportunity to misinterpret” rules, which in turn is then distorted by smugglers who promise migrants safe passage to the US.In the US, Democrats and Republicans have blamed each other, highlighting a political divide over President Joe Biden’s handling of the border.”The deaths are on Biden,” tweeted Republican Texas Governor Greg Abbott, writing that Mr Biden’s border policies “show the deadly consequences of his refusal to enforce the law”.The White House disputed the charge, with Homeland Security Secretary Alejandro Mayorkas saying that “callous” human smugglers are to blame for exploiting and endangering people “to make a profit”.Mr Biden vowed has vowed a crackdown on smugglers in the wake of the discovery.Andrew Rudman, the director of the Washington DC-based Wilson Center’s Mexico Institute, said that despite what the US and Mexican governments say, there is likely no short-term solution that would stop migrants from attempting the dangerous crossing.Doing so, he added, will require a long-term effort at addressing the root causes of illegal immigration.”If you decide that the best thing you can do for your family is pile into a truck with 50 other people, things are pretty bad,” he said.More on this storyMexico blames border crisis for Texas migrant deaths4 hours ago’They’d rather die than return to Nicaragua’4 days agoNine dead in Texas truck tragedy24 July 2017 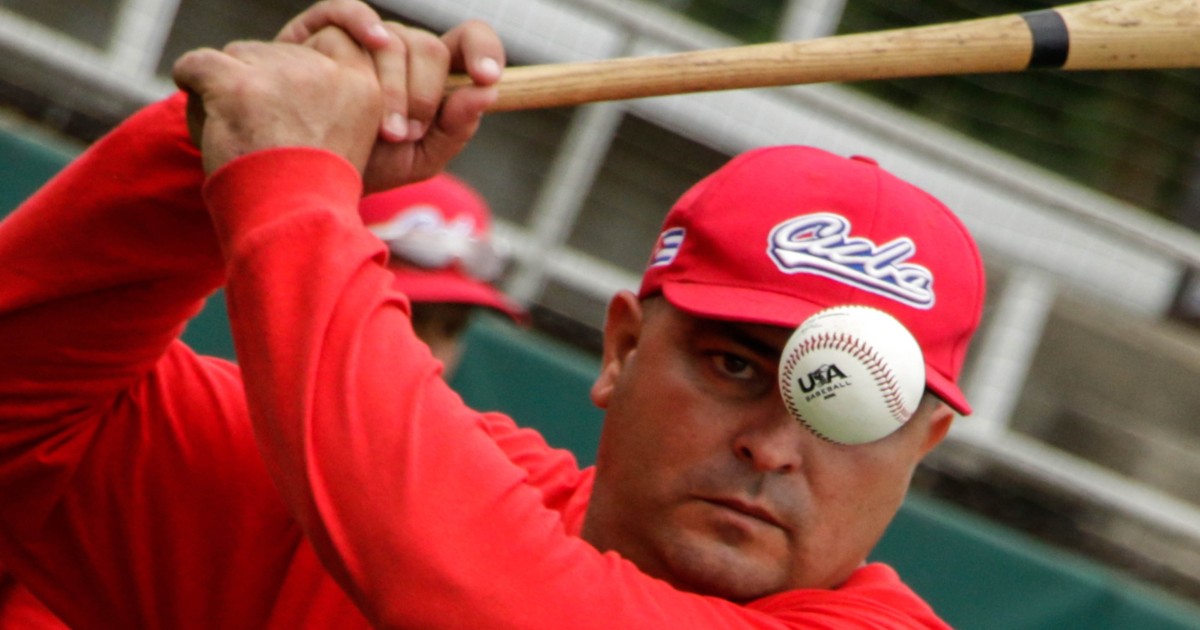 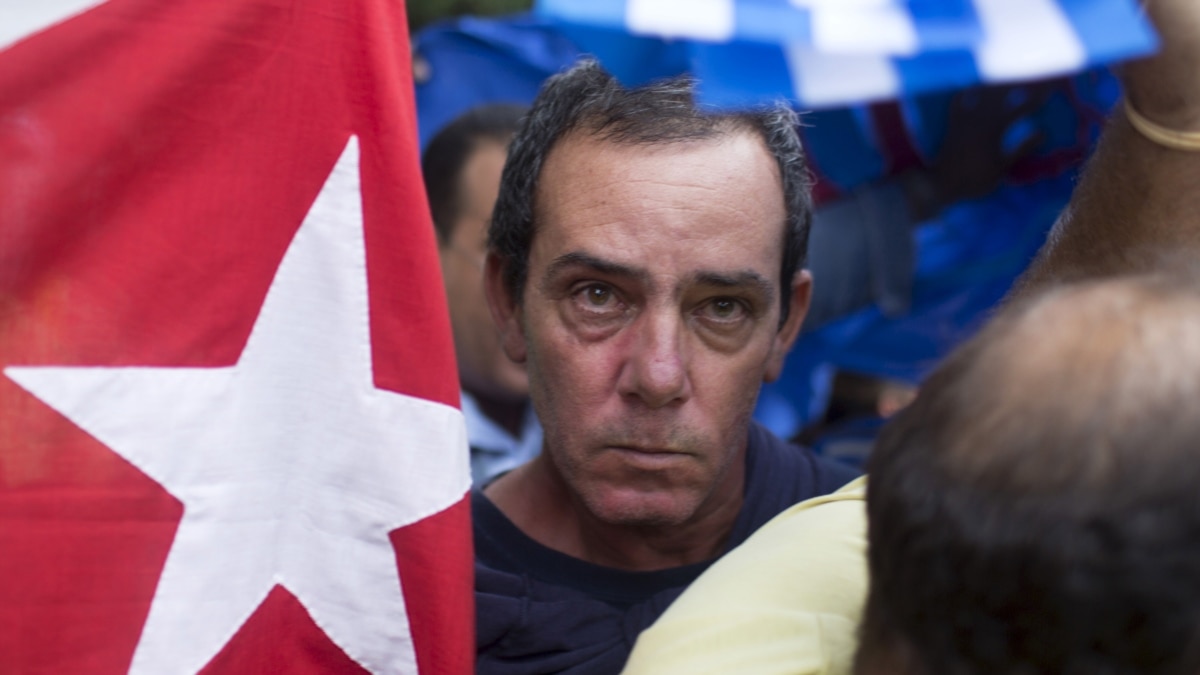