Visa Not Included. Prices Unaffordable. What Is Cubanacán Up to with Its Travel Packages to Cancún?

HAVANA, Cuba. –  Several Cubans, both male and female, have described as “totally disrespectful” the new travel packages being promoted by the tourism agency Cubanacán S.A., which invite travelers to fly from Varadero to Cancún for astronomically high prices (payable in hard currency, not in Cuban pesos) when compared to the prices of similar travel packages from Europe to the same Mexican resort.
We’re referring to three travel packages that range from 925 to 1,752 (minimum price in hard currency) per person, for a four-night stay at a 3-star or 5-star hotel. Not only are these deals outrageously pricy, but also practically unaffordable to any Cuban whose salary is paid in worthless Cuban pesos, and because the deal neither includes the required health tax nor the visa to travel which is essential and very difficult to obtain in Cuba.
Cubanacán promotion (Credit: Cubanacán/Facebook)
It begs the question: For whom and with what objective have these three packages been launched when firstly, the Mexican consulate in Havana is not giving appointments to request a visa and will not do so until January 2022, according to the Embassy; and second, neither the price nor the quality of these packages corresponds to the average deal available through other travel agencies outside Cuba, including the Mexican tour operator –Viajes Bojórquez- which serves as Cubanacán’s counterpart and offers deals to Cancún from other cities farther away from the Mexican resort?
Are we dealing with another abusive practice of the “Ordering Task” or is it one of the many “cosmetic promotions” the regime launches in order to project abroad the image that Cubans can travel freely, which can only be believed by people who still do not know Cuba’s harsh reality?
Another Cubanacán promotion (Credit: Cubanacán/Facebook)
However, it could also be a dark strategy –conceived of “here” in collusion with others “out there”- implemented in a ghastly manner through black market visas-for-sale networks –it’s no secret to anyone that the Mexican consulate is among the most corrupt- and possibly through human trafficking networks. For, who can afford the thousands of dollars needed to buy a consular appointment and a contraband visa in order to vacation for four days in Cancún if not with the secret objective of stepping on Mexican soil and immediately travel to the United States?
In fact, Cubanacán Travel Agency, in association with the Mexican agency Viajes Bojórquez, is selling at its office round trip tickets Varadero-Cancún, for the exorbitant price of 874 in hard currency (approximately US$ 1,000 in the informal market) per person, a destination that is a half-hour flight from Matanzas.

“You’re out of control with the prices!!! Tourist packages from Europe with everything included (visa, flight, insurance…) range from 850 to 1,200 per person for a 4 or 5-star hotel in Cancún!!! You’re really choking an already choked Cuban people” (Comment left on a Cubanacán publication. Credit: Screenshot/Cortesía)
In the promotions used by Cubanacán on social media, one notices a certain connection with the present irregular and rising migratory flow to Mexico with the United States as its final destination.
The slogan used makes no suggestions about “vacations’, “rest”, or “opportunity” a is the case for this type of deal sales by a tourism agency. Instead, it addresses directly the “need” of Cubans to set foot in whatever foreign destination possible in order to escape, flee, emigrate definitively: “Do you need to travel to Cancún?” is the question at the heading of the new promotion of the Cuban travel agency.
“Do you need to travel to Cancún?” asks Cubanacán (Credit: Cubanacán/Facebook)
Why would a Cuban national need to travel desperately to Cancún paying such an outrageous amount of money, some 64,000 Cuban pesos, which is the equivalent of a professional’s salary for one year!
Undoubtedly, there must be a catch somewhere, and users who have engaged with the publications on Cubanacán Travel Agency’s Facebook page have caught on instantly.
In spite of the fact that the Mexican consulate will not be giving new appointments until next year, both the Mexican and the Cuban sides are in a hurry to begin selling flights. In fact, in a few days, on October 11, tour operator Viajes Bojórquez will resume operations with its own Magnicharters Airlines, flying between Cancún and Varadero.
Viajes Bojórquez resumes flights to Varadero on October 11 (Credit: Screenshot/Cortesía)
In the informal market of appointments and consular red tape, the price of a visa has risen in a few weeks from US$ 2,000 to anywhere between US$ 5,000 (for the more fortunate) and US$ 10,000 (for the more desperate). This means that four days in Cancún will come out to 10 or 20 times more than the Cubanacán package that costs 1,752 in hard currency, when you add all the related expenses the individual who decides to buy his migration ticket will have to pay.
“After I’ve paid the electricity and have bought food, I’ll see if I have any money left over to go hang around in Cancún,” a user of Cubanacán’s Facebook page commented with irony.
“It’s obvious there is no visa, if not, no one would be going on vacation, they’re looking to get out of here, jajaja,” commented another user on the same site.
Comment left on a Cubanacán publication (Credit: Screenshot/Cortesía)
“Since when have salaries in Cuba been paid in hard currency? Shame on them for doing this to Cubans who can only obtain hard currency in the black market. Cubans are being forced to act illegally,” is another of the comments made regarding the promo of packages to Cancún.
“Who knows. Maybe this is the way to help Cubans get out of the country to enjoy a brighter future, one that is more prosperous and safe than the one that awaits us here (…) in the island,” states another comment.
Comment left on a Cubanacán publication (Credit: Screenshot/Cortesía)
Given the difficulties to obtain a travel visa to Mexico, Cubans have created alternative groups on social media where they can inquire about the specific requirements, and also about alternative ways to circumvent the bureaucracy, even if it means falling directly into a complicated mechanism of corruption operated probably from the very embassy. It’s still a huge ordeal to obtain an appointment even for January 2022.
It is so difficult to get a Mexican visa that there are plenty of for a on internet involving individuals who are inquiring about alternative ways to reach Mexico. For example, on the Facebook group “Cubans in Mexico, CDMX and EDOMEX, several users recommend opting for illegal ways, flying first to Nicaragua, Costa Rica, Panama, and even Russia.
Cubans look for ways to reach the United States via Mexico (Credit: Facebook publication/Screenshot/Cortesía)
“There is no way [to reach Mexico] except by raft,” answers an individual. Other users recommend: “When they open [then travel] even to Nicaragua, and then you pay someone to help you cross to Mexico.” Another user recommends going by boat or traveling to Honduras, and then travel on. He warns: “If through Honduras, you will have to pay traffickers to get you across the border (…) or there are women whom you can pay –I think 1,500- to marry you, and they will help you cross.”
A female user’s recommendation about travelling from Cuba to Mexico (Credit: Screenshot/Cortesía)
For people who have a family member in Mexico it might be easier, because they can start a “family reunification” process, a much easier matter than obtaining a tourist visa.
These Cubanacán and Viajes Bojórquez promotions are much too strange and “suspicious”, especially now when most Cubans are desperate to flee the island and are selling their life’s property and belongings at bargain prices to be able to get to the Mexico-United States border as soon as humanly possible. The waters are troubled, and apparently, that’s where Cubanacán does its best fishing.
Recibe la información de CubaNet en tu celular a través de WhatsApp. Envíanos un mensaje con la palabra “CUBA” al teléfono +1 (786) 316-2072, también puedes suscribirte a nuestro boletín electrónico dando click aquí. 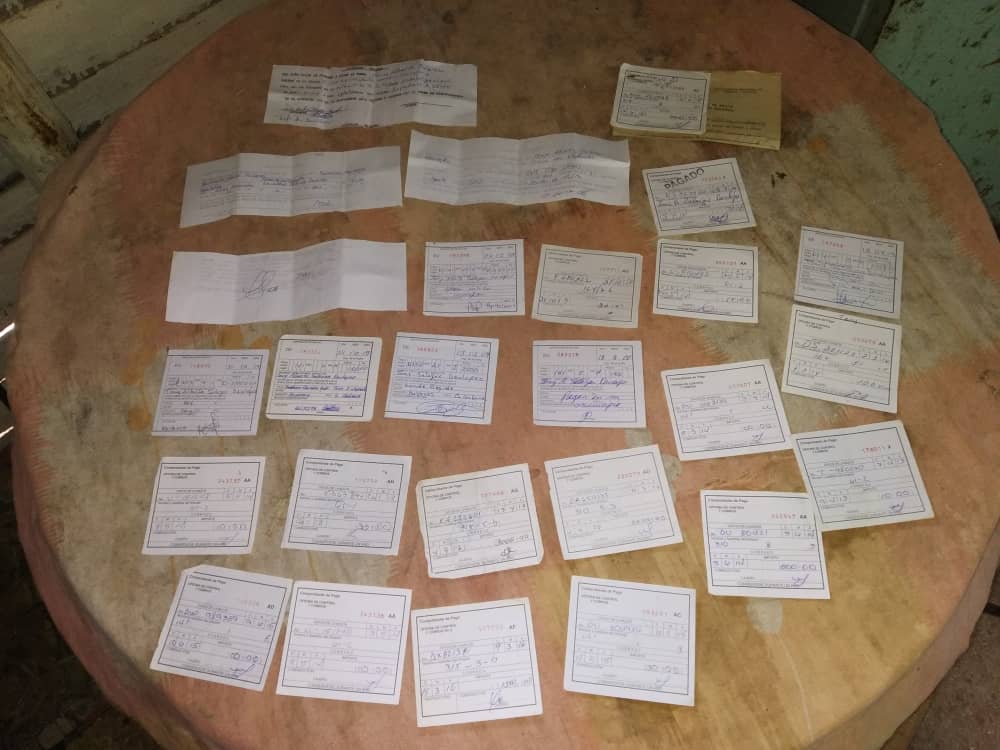